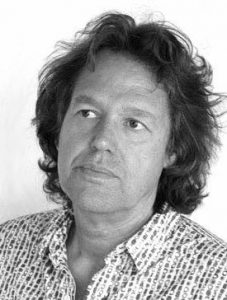 Peter Mozelius is a PostDoc researcher at the Department of Computer and System Science, Mid Sweden University, Östersund, Sweden. He has during the last two decades worked as a teacher in software engineering at various universities where he has developed about 20 courses. His research interests are in the areas of programming education, technology-enhanced learning (TEL), game-based learning (GBL), and information and communication technologies for development (ICT4D).

Beside from several international collaborations he is also part of the research group called Higher Education and E-Learning (HEEL). In addition to researchers from Mid Sweden University, HEEL also involves scholars from Umeå University, Gävle University, the Royal Institute of Technology, Stockholm and Aarhus University in Denmark. Other ongoing projects at the Mid Sweden University are the evaluation of the active learning classrooms (ALCs) and a recently started initiative for developing a testbed for distributed e-health. Peter is also working with courses for professional development of K-12 teachers on how to introduce programming as a part of Mathematics and Technology in Swedish schools.

For the European Conference on Game Based learning (ECGBL), he has chaired several specialised tracks, and during the last two years the sessions for “Game-Based Learning Approaches for Learning Programming”. A brief CV and a list of recent publications can be found on: https://www.miun.se/en/personnel/petermozelius/