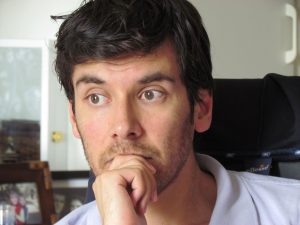 Rafael Zerega is a doctoral candidate at Linnaeus University at the Department of Computer Science and Media Technology carrying out studies regarding the use of ICT tools aimed at enhancing education. This doctoral program has a special focus on computational thinking (CT) as a crucial component of the current process of digitalization that is taking place in Sweden and many countries around the globe aimed at developing digital competences in students and enhancing the teaching and learning process in K-12 education. Computational thinking is the thought process involved in formulating a problem and expressing its solution in a logical manner so that any person (or computer) can carry it out in an effective way. Finally, this doctoral research will also focus on the use of microcontrollers such as Arduino and other similar systems in order to build innovative interactive physical solutions for education by using so called tangible computing. The goal is to introduce young students in the world of algorithm design and programming so that they will be able to solve problems using rational and logical thinking in order to acquire the skills needed for facing the challenges of 21st society.

Rafael holds a Bachelor’s and Master’s degree in Media Technology from Södertörn University, with a strong focus on user-centered design and human-computer interaction (HCI) and he has worked as interaction designer in different companies developing web and mobile applications.